Blog > Education > What is DOMS? 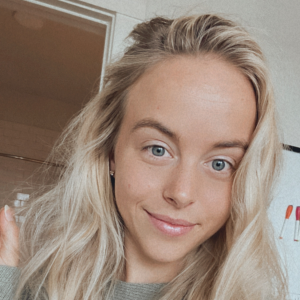 Transparency Disclosure: We may receive a commission if you purchase a product through one of the links on our website. This helps cover the cost of operating our website and therefore allows us to continue our mission: to help athletes of all ages learn how to safely and effectively recover, enabling them to do the sports they love for as long as possible.

If you’ve ever felt muscle pains a day or two after an intense workout, the kind that limits your flexibility and makes sitting down (after a leg day) or raising your arms (after an upper-body day) difficult, you’ve experienced DOMS firsthand.

DOMS stands for ‘delayed onset muscle soreness’ and typically peaks about 24-72 hours after a workout. DOMS is most often triggered by high-intensity workouts, especially those that include a lot of eccentric (decelerating) movements. These exercises often lead to microscopic tears in muscle fibers, which bring about inflammation in the affected areas and cause feelings of soreness.

Note, however, that delayed onset muscle soreness cannot be felt during a workout. If your muscles feel tired while exercising, you’re experiencing what is called acute muscle soreness. This kind of soreness should disappear shortly after you are done with your workout, while DOMS will likely kick in about 12-24 hours after your workout (hence the “delayed onset” part of the name!)

Signs and Symptoms of DOMS

Delayed onset muscle soreness (DOMS) is a perfectly normal response of the body to strenuous exercise, and typically is nothing to worry about. If anything, it is a bit inconvenient and sometimes painful, but can be managed quite well (read on to find out some ways to treat DOMS and reduce pain).

Common symptoms of DOMS include:

Who can get DOMS?

DOMS can affect anyone, from the brand new gym-goer to pro athlete. Muscle soreness most often occurs after you introduce new exercises, start a new exercise routine, increase exercise intensity, or introduce more eccentric movements (muscle extensions). While uncomfortable, DOMS is considered to be part of the body’s normal response to increased exercise intensity and is part of the adaptation process during which the body learns to tolerate these kinds of workouts.

It’s a common misconception to think that in order to have had a good workout, one must have gotten very sore from it.

This idea is based on the premise that the micro-tears in muscle fibers that make you sore are a step toward muscle growth or hypertrophy.

But primarily, delayed onset muscle soreness is just an indicator that you performed a more difficult workout than what your body was accustomed to. As you perform more comparable workouts, DOMS will become less likely, but you’ll still have worked hard and have gotten in a good exercise session.

In my humble opinion as a personal trainer, consistency trumps doing random and rare high-intensity workouts. Your chances to reach your fitness goals are much better if you perform sustainable workouts consistently (that won’t always make you sore) compared to performing one “extreme” bout of exercise per week that leaves you debilitated and unable to work out again until the following week.

How to treat DOMS

In the vast majority of cases, DOMS will disappear on its own, usually about two to three days after you started feeling sore. But, as you’ll likely know, it’s not a very comfortable feeling. The below-listed methods can help alleviate muscle pain and make your life a bit easier while dealing with delayed onset muscle soreness (DOMS).

When you’re extra sore, your first instinct might be to rest as much as possible and just not move until the soreness subsides… right?

Contrary to this intuition, it’s not the best idea to stop moving altogether when sore. In fact, remaining active, doing some light exercise, and following an active recovery routine can help treat DOMS better than anything else, and make it go away faster than rest alone.

If you’re intrigued by this and would like to learn more about why active recovery tends to be better than pure rest, read our post on active recovery!

Definitely take a break from highly strenuous exercise within the same muscle group to give your body a chance to rest and recover, and reduce the risk of further injury.

Five years ago, the go-to answer to “How to treat DOMS” would have been foam rollers. But with time, the fitness and recovery world has produced a much more effective tool for reducing muscle soreness and restoring range of motion in sore muscles: hand-held massage guns. Due to their ability to penetrate muscle tissues much more deeply than foam rollers, they have the ability to release muscle knots and relieve discomfort caused by DOMS. Percussion therapy (as provided by massage guns) increases blood flow to the affected muscles which helps them recover faster.

This review of several studies on the effects of post-workout massages shows that participants reported significant decreases in muscle soreness if they received a massage 24, 48, and/or 72 hours after exercising than those who did not.

Because it can get pricey and pretty inconvenient to get a professional massage after every workout, we love massage guns that can be used to self-massage at any time, and everywhere.

Coldwater immersion (or a cold bath) is a popular method used by athletes to treat lactic acid buildup and DOMS post-workout. While not perfectly conclusive, some studies do suggest that cold water immersion (or an ice bath) is effective in reducing DOMS1. While providing a very different level of enjoyment (you know what I mean if you’ve ever taken an ice bath!) heat therapy (such as via a warm bath or heat compressions) is also an effective method2 in decreasing stiffness and DOMS.

Can you prevent DOMS?

Not really, but you might be able to keep its intensity at bay by: What Is Active Recovery? Is It Bogus, Or A Must-Do?

Active recovery, first and foremost, is a fantastic tool that every athlete (amateur or pro) should have in their toolbox.  Also known as active rest,

The Real Massage Gun Benefits Every Athlete Should Know

Benefits Of Massage Guns Massage guns have made a name for themselves in the exercise and recovery world for good reason. Often pocket-sized, these hand-held

Stay in the know

CODE PHYTO for 5% off